AWARENESS
Awareness is not a state of mind but a state of being - an attentiveness that begins in the heart and spreads out from there. Awareness is active, not passive.
Read More

RESPONSIBILITY
To be responsible means to forgive yourself un- conditionally and love yourself with your whole heart. Embracing every-thing that is without taking a position.
Read More

PURPOSE
Purpose is the source of the inspiration; it is what fuels our vision. Vision stipulates the framework for our goals, which are actualized moment by moment.
Read More

COMMITMENT
Our word is sacred and by keeping our word we fortify our trust in our-selves and become trust-worthy, worthy, and able to receive and sustain love and prosperity.
Read More

ADVANCEMENT
Advancement is born of harmony. With clarity of intent, we begin to create our future and manifest our destiny. Everything we do reveals our true intentions to the Universe.
Read More

INSIGHT
To have insight is to be present and alert, con-stantly - not to receive an occasional message from the heart but to be constantly in communi-cation with it.
Read More

GRATITUDE
When we are sincerely grateful, we experience a deep feeling of worthiness and prosperity. We can feel our own being. We can feel us in our souls. We can feel God.
Read More

Presence Is Power: Seven Steps for Choosing a Life of Prosperity is a concise guide for moving away from “scarcity consciousness” (the false perception of absence or lack) and into a life of our choosing, where we direct our lives with the power of our awareness and live a life of abundance. If the life we lead is simply a choice we make, why are so few us living life to the fullest in true prosperity?
READ MORE

Gudni has a special gift for penetrating into the core of your mind, heart and soul. There's a timeless wisdom that shines through his writing that can help us wake up, step out of our old and outdated ways of living, and fly. 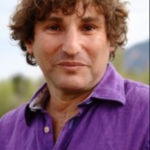 Marc David
Founder of the Institute for the Psychology of Eating,

If you are tired of only connecting ‘presence’ to ‘mindfulness’ or of the abstraction that ‘being present’ implies, this book will add tremendous value as a concrete and understandable tool that you can use to guide you through the possibility of prosperity in your life. 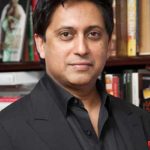 Gudni’s presence in my life has been invaluable, both as a trainer and friend. The ideas presented in his seven-step workbook have helped me become more present and full of gratitude as I move through my day to day. 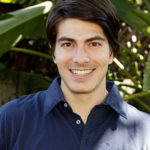 An abundant life demands mindfulness, gratitude, and purpose. In Presence Is Power the seven-step workbook, Gudni Gunnarsson provides a blueprint for how to develop awareness, prosperity, and love to transcend mediocrity and become your most authentic self. 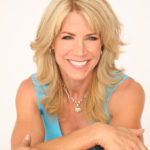 Gudni’s intelligence of the heart and fluent acumen communicate keystone truths of our universal human condition and the empowering tools to awaken our true state of being: one of abundance, prosperity, purpose and presence. 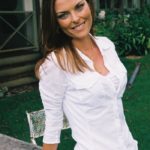 In Presence is Power you will find an honest, practical, and eminently useful summation of how to transform into the truest, most glowing, expression of yourself… Reading and referencing this book can help us all achieve The Best Day Ever! 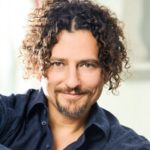 Fitness and life consultant Gudni Gunnarsson is a native of Iceland. He has been instrumental in the Icelandic yoga and fitness industry for the past thirty-five years. In 1982, he founded Bodybuilding Inc. a private gym and a leading import and retail fitness company, which later became Health Inc. the leading fitness retailer in Iceland. Then, in 1985, he opened Inspire, the first commercial yoga center in Iceland.

All that we devote our attention to grows and thrives