Presence is Power is a book by author "Gudni Gunnarsson". The book empowers people to be the change in their own lives. The aim of the book is to help readers increase their allowance for prosperity by providing them with the tools to understand their own power and to show them that they are fully responsible for their existence and the energy that is available for them to command. The purpose is simply to remember the knowledge in their heart and to encourage them to live in harmony with it

Fitness and life consultant Gudni Gunnarsson is a native of Iceland. He has been instrumental in the Icelandic yoga and fitness industry for the past thirty-five years. In 1982, he founded Bodybuilding Inc., a private gym and a leading import and retail fitness company, which later became Health Inc., the leading fitness retailer in Iceland. Then, in 1985, he opened Inspire, the first commercial yoga center in Iceland. As a complement to the fitness industry, in 1986 Gunnarsson started the magazine Fitness and Nutrition, which became a major resource for Iceland’s growing interest in holistic approaches to mind and body development. Gunnarsson also ran the holistic fitness and mind/body awareness division of the Mattur Institute.

In 1990, Gunnarsson relocated to Los Angeles, CA, to work with executives, businessmen, celebrities, and corporations as a fitness and life-management consultant. In 2006, he returned to Iceland to start the Rope Yoga Center and began the development of Rope Yoga within the GlóMotion System. (GlóMotion comprises various types of exercises, simultaneously focusing on what one nourishes on and nourishing intent). He is currently CEO of this center.

Gunnarsson has an international clientele. He has taught workshops and held seminars in the United States as well as in Europe. He is currently president of Ropeyoga Inc., a company associated with the GloCrafterTM and the Mindful FitnessTM program—which are the result of Gunnarsson’s thirty-five-year career involvement in the wellness industry.

Mr. Gunnarsson is the author of the Icelandic bestseller Presence Is Power (Máttur Viljans, 2011), and Glow: how to resonate prosperity (Máttur Athyglinnar, 2012).

Awareness: Beginning the Journey Home to Our Self

Chapter one explains the first step on the road to prosperity resides in mindfulness—in being aware of our current position so that we can genuinely assess whether we want to continue along the path we are on or branch out in new directions. As soon as we make that decision, we are on our way. Step 1 begins when we know this truth intimately in our heart: All that we devote our awareness to grows and thrives.

Awareness is not a state of mind but a state of being—an attentiveness that begins in the heart and spreads out from there. We live in a world with thousands of distractions. Without awareness, we cannot choose between what will lead us toward prosperity and what will not. To become aware is the first step on the journey home to our self—all that we require lies within each of us, now. Awareness is active, not passive. It is the opposite of absence, scarcity, and lack. Awareness is our primary asset: how we devote or invest our energy determines our quality of life.

Responsibility: Responding in Our Life Instead of Reacting

Chapter 2 explains to take responsibility means embracing everything that is without taking a position, having opinions, or holding judgment. It is to understand that where there is love, no one stands accused. To be responsible means to forgive yourself unconditionally and love yourself with your whole heart. When you are responsible, you can state unequivocally: “I am responsible for who I am and where I am, how I feel, where I came from, what I have in life and what I do not have, where I am headed, the basis for my existence, and how well I employ my attention or my energy.”

In very simple terms, responsibility is the ability to respond; it is a direct result of awareness. Most of the time we are merely reacting to stimuli, allowing our various buttons to be pushed. Reaction is a reflex, while responsibility is a fully aware choice to counter one action with another. When we are aware, we are in a position to choose rather than to simply react.

Responsibility is not a burden that we must shoulder; it is a conscious decision to take our fate into our own hands and not be part of an ongoing series of collisions and “accidents.” It is accepting our part in the world and understanding that we are the cause of the effects we experience.

Purpose: Living Purposefully and Being Inspired

Chapter 3 explains that being purposeful is the essence of prosperity. It serves in life to provide direction and stability, much like a rudder stabilizing a vessel. Purpose is the source of the inspiration; it is what fuels our vision. Vision stipulates the framework for our goals, which are actualized moment by moment. This step is about harnessing the energy that is recovered when we let go of remorse and regret by forgiving ourselves and being responsible for our life. Forgiveness affords us the ability to direct and invest our energy intentionally. Step 3 is about consciously declaring our intentions and being fully aware of the consequences initiated by our actions. Step 3 is about asserting our power, free will, and being a deliberate creator.

Purpose is the foundation of goals. Once we are aware and have made a choice to respond, we will want to express our vision and establish our goals. First, we become aware of being in the present; then we choose the direction we want to go next. Purpose is a route comprised of goals. It is what we want to achieve and our strategy for achieving it. The language of purpose differs according to each individual, but purpose, as the foundation for prosperity, is always love. Goals based on purpose are experienced and actualized in the present moment. Without this foundation, we slip back into an endless cycle of scarcity and absence.

Commitment: Acting with Integrity from the Heart

Chapter 4 explains that commitment is to commit to ourselves and bind to our own purpose and goals. This step fuses the heat from awareness, the joy from responsibility, and the resolution of purpose. Commitment is the Holy Grail, the blessed vessel of prosperity. Commitment is an agreement forged by the heart, a sacred covenant. When we keep our commitments, we are trustworthy. When we live in accordance with our commitments, we unify and strengthen our character.
Our word is sacred and by keeping our word we fortify our trust in ourselves and become trustworthy, worthy, and able to receive and sustain love and prosperity. Through our commitments or lack thereof, we subconsciously maintain our self-image and prosperity allowance. By committing to someone or something, we are giving our word, promising our loyalty to a purpose, task, a project, cause, or another person through relationships, and most importantly, to ourselves.
Commitment is a decision to move in accordance with the world not against it. It is the rudder of purpose, a way to stay on the right path. Commitment is a declaration of worth and a statement of intent. It involves allowing ourselves to open and trust the heart and the will. It is a conscious decision to be fully present. Commitment is a covenant with ourselves to stand by our word, keeping our promises to ourselves and to others. It is when we finally commit to ourselves that the universe takes us seriously and begins to work with us in conjunction with our stated purpose and goals.

Advancement: Progressing with Love and Permission

Chapter 5 explains how advancement (or progress) is the materialization that follows the preceding four stages. Once we become aware, have assumed responsibility, determined a purpose, and committed ourselves, we inevitably discover that everything begins to fall into place. Advancement is born of harmony. With clarity of intent, we begin to create our future and manifest our destiny. When we devote our awareness to a specific purpose, we become responsible for what we create. Any image, word, or action that we conceive of will begin to materialize according to the emotional intensity, passion, and awareness we invest in it.

The only way to measure support or supervise our progression is by creating and following the blueprints of prosperity. The boundaries we define and the structure you construct around our purpose, vision, and goals will provide the strength, measuring tools, and guidance (in other words, the blueprints) that are required to stay on a forward-moving track. This includes the company we keep, the dialogue we use with others, and ourselves and the practices and routines we create to substantiate our commitment to the journey. Everything we do reveals our true intentions to the Universe. At the same time, our actions speak clearly to ourselves about what we truly feel comfortable obtaining, having, and enjoying. By placing ourselves in the dialogue (or the environment) of progress and greatness, we are influenced by that structure.

As chapter 6 explains, we usually think of insight as a single act or moment, a flash of intuition that comes and then goes. However, insight can also be continuous. Here, insight is inner sight, a state of observation in which we witness life as it unfolds. It is pure awareness—a constant dialogue between the being within and the outside world, always on the premises of the heart and never on those of the imemine. Insight is openness and clarity, the ability to see things as they truly are without prejudice or resistance.

To have insight is to be present and alert, constantly—not to receive an occasional message from the heart but to be constantly in communication with it. While we are insightful, we are close enough to ourselves to hear the frequency at which our heart beats and thereby to experience things as they are.

Insight is similar to awareness, but it is more objective. It is the ability to be attentive within ourselves while also being in touch with what is outside us. Some call it “witnessing”—not just a single a flash of intuition, but a continuous state of observing life as it unfolds. Others say it is a constant dialogue between the soul and the outside world. Insight is openness and clarity, the ability to see things as they truly are, without prejudice and without resistance. Insight means living from the unity of the heart, not the illusions of the mind, with the awareness necessary to distinguish between them.

As chapter 7 explains, when we are sincerely grateful, we experience a deep feeling of worthiness and prosperity. We can feel our own being. We can feel us in our souls. We can feel everything and everyone that is. We can feel God. In gratitude nothing is lacking. There is just us and the world—complete, in the now. That is how artists, leaders, and creators manifest themselves—in the present with complete freedom.
This step is not about thinking about gratitude or saying “I am grateful,” rather, it is the feeling and experience of gratitude. When this takes place, we are in the present moment, and we truly experience prosperity and feel the pulsing of our hearts. When we feel gratitude, there is no room for anything else—no lack, no anxiety, no self-pity. Our beings are filled with gratitude. We are inspired by gratitude, enlightened.

Conclusion: You are the creator

In conclusion we acknowledge the series of challenging perspectives in the book and also assures readers that in looking at life from these perspectives they have been reminded of their inherent wisdom and divinity. The author reiterates that his intention has been to remind readers of the wisdom that resides in their heart and of everything they are, always have been, and always will be—that they are creators and their perspectives determine the outcome of their life. 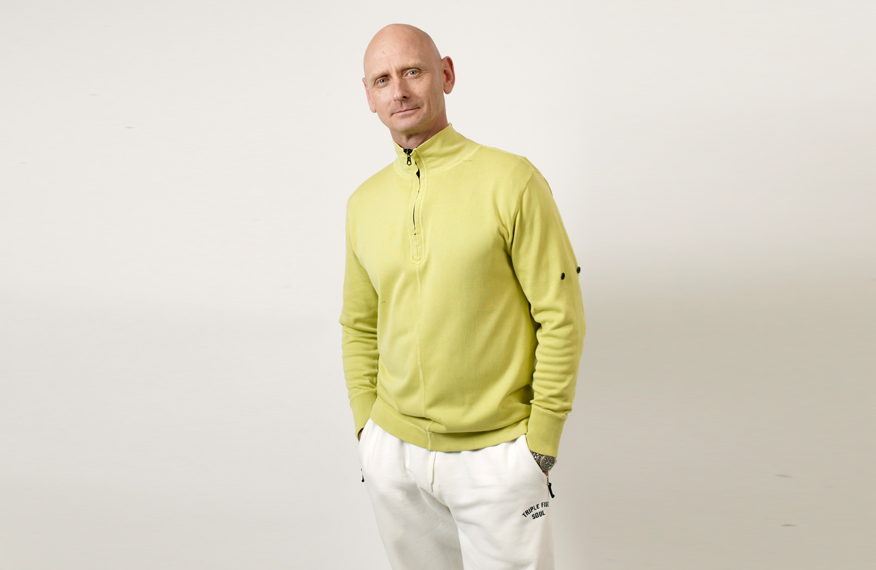